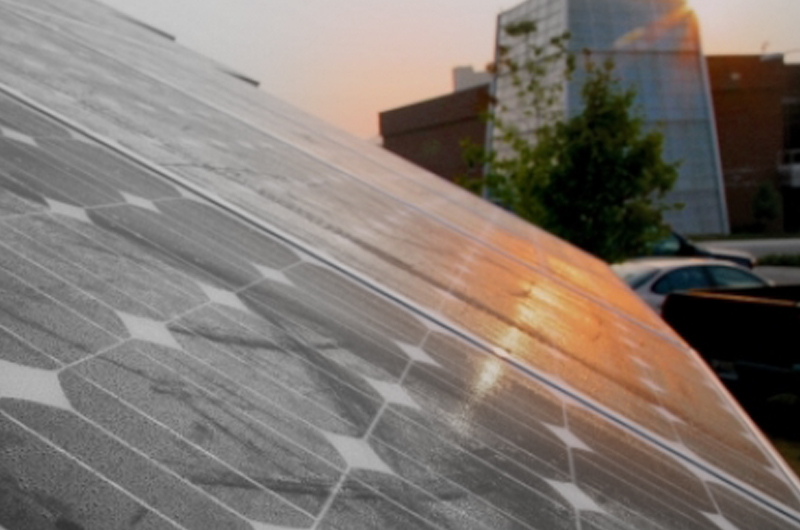 The research council (TRC) has initiated a strategic research program in renewable energy in 2015. The research program is coming in response to the national needs to enhance the applications of renewable energy as an alternative energy source for the country. The increase in the energy production from renewable resources, alongside traditional sources, will contribute to create a safe environment and to reduce the emissions of harmful gases by reducing the use of fossil fuels.

This will effectively contribute to supporting the national economy through reducing the fuel consumption. Moreover, the economy will benefit from the investment in renewable energy resources as this investment will create a large number of small and medium enterprises. In general, the availability of optimal natural conditions for investment in renewable energy, specifically in solar and wind energy, is considered a promising factor. The preliminary studies confirmed the economic viability of these investments and supported the possibility of creating enterprises. In addition, global prices for the application of solar panels are in continuous decline.

Despite these strengths, applications for investment in renewable energy is a slow and problematic process. Some of the major challenges are listed below:

As a result of the statues of the renewable energy profile in Oman and by considering the strengths and challenges, TRC has approved this strategy of the Renewable Energy Strategic Research Program in 2015. This research work will be a major step towards studying and investigating the potentials of renewable energy deployments and policies developments in Oman. The program will maximize the benefits of advanced research and promote cooperation among all of the relevant stakeholders in this area. A steering committee has been formed headed by the Public Authority of Electricity and Water. The steering committee has set the main Objectives of the Renewable Energy Research Program. At a later stage, the research themes of the program were developed in coordination with all stakeholders in a national workshop conducted in March 2015.

To conduct high quality scientific, experimental research to seek and propose real solutions for national challenges of renewable energy and energy efficiency. The outcomes will enhance the capacity building, knowledge transfer and will contribute to achieve the national vision to contribute by 10% in the energy generation by 2030.

The research program will promote the use of efficient, clean energy sources by enhancing renewable energy, energy efficiency applications and investments in order to contribute to the sustainability of Oman's overall development. TRC’s four strategic objectives are; building research capacity, achieving research excellence, building knowledge transfer and value capture and provide an enabling environment for research and innovation. In line with TRC’s strategic objectives, the following objectives are set for this program:

The Use of Renewable Energies for Cooling and Air-Conditioning.
Oman is known for its hot climate and air-conditioning is the most energy consuming source. Air-conditioning drains almost three quarters of energy in the summer time. With the increase in population and infrastructural expansion, consumption figures increase steeply and hence calls for a prompt action. In addition to energy management, renewable-energy-driven technologies stand out to be the most viable alternative. Solar energy, for example, can be exploited for providing air-conditioning in direct manner using absorption systems or indirectly through power generation using ORC. The proposed study is to survey all renewable sources as well as the possible technologies compatible with the local weather and terrain. Along with this endeavor, cooling resources for the air-conditioning process deserves further investigation and optimization due to the hot and humid weather in addition to the lack of bodies of water in the interior of the country. The outcomes of the study will be the determination of the most promising renewable energy sources in cooling applications and the determination of the most efficient technologies useable under the local conditions.

Buildings are the major consumer of energy, worldwide. In developing countries, such as Oman, the high energy consumption in buildings is mainly attributed to the lack of local energy standards and energy-efficiency programs. In the latest report released by the Authority for Electricity Regulation in Oman, residential and commercial buildings consumed between 60 to 70% of electricity produced in 2012, with the bulk of this consumption used by air conditioning systems.

The Authority of electricity regulation annual report has also indicated an increase of 31% and 63% in energy intensity for the residential and commercial sectors, respectively, between 2005 and 2012. The increase in energy intensity and the continuous electrical demand is substantial and considered unsustainable in the long run. In order to mitigate this major dilemma, the energy efficiency pilot projects will target the residential and commercial buildings.

The pilot research studies will help to identify the technical and economic feasibility of energy conservation measures for buildings in Oman. Evidence based strategies for reducing the electrical consumption will be evaluated under Omani climatic conditions. A plan of actions that addresses practical retrofitting opportunities will be developed and subsequently be used to reduce the energy consumption and shave the peak electrical load in buildings. National reference building cases will also be developed for different purposes such as the upcoming Omani building energy code and its compliance, energy policy studies etc.